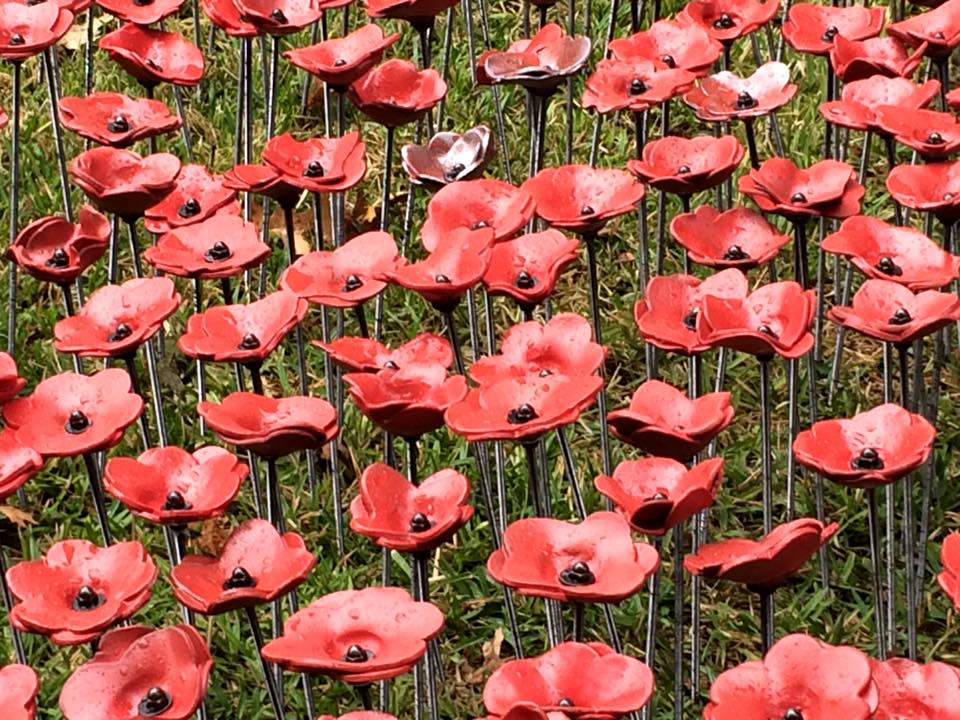 Valor and Sacrifice is a public art project designed by artist Jen Rose for the City of Lewisville in connection with The Wall that Heals exhibition that will be in Lewisville May 2-5.

Valor and Sacrifice includes the creation of 750 red ceramic poppies through two public workshops lead by Rose, and an installation of the completed poppies at the site of The Wall that Heals. The red poppy originated after World War I as a universal symbol for veterans and has since been adopted for veterans of any war. The power of this art installation lies in the clustering of individual poppies to form a strong visual impact where installed, and the community involvement of making the poppies.

The public is invited to participate in the creation of these poppies through two events.

The Poppies will be on view and installed at The Wall that Heals site, May 2-5, just west of the Bob Wiseman Soccer Complex at Lewisville Lake Park, 200 Lake Park Road.

Following the conclusion of The Wall That Heals, the poppies will be collected and re-installed at another City of Lewisville location yet to be determined.