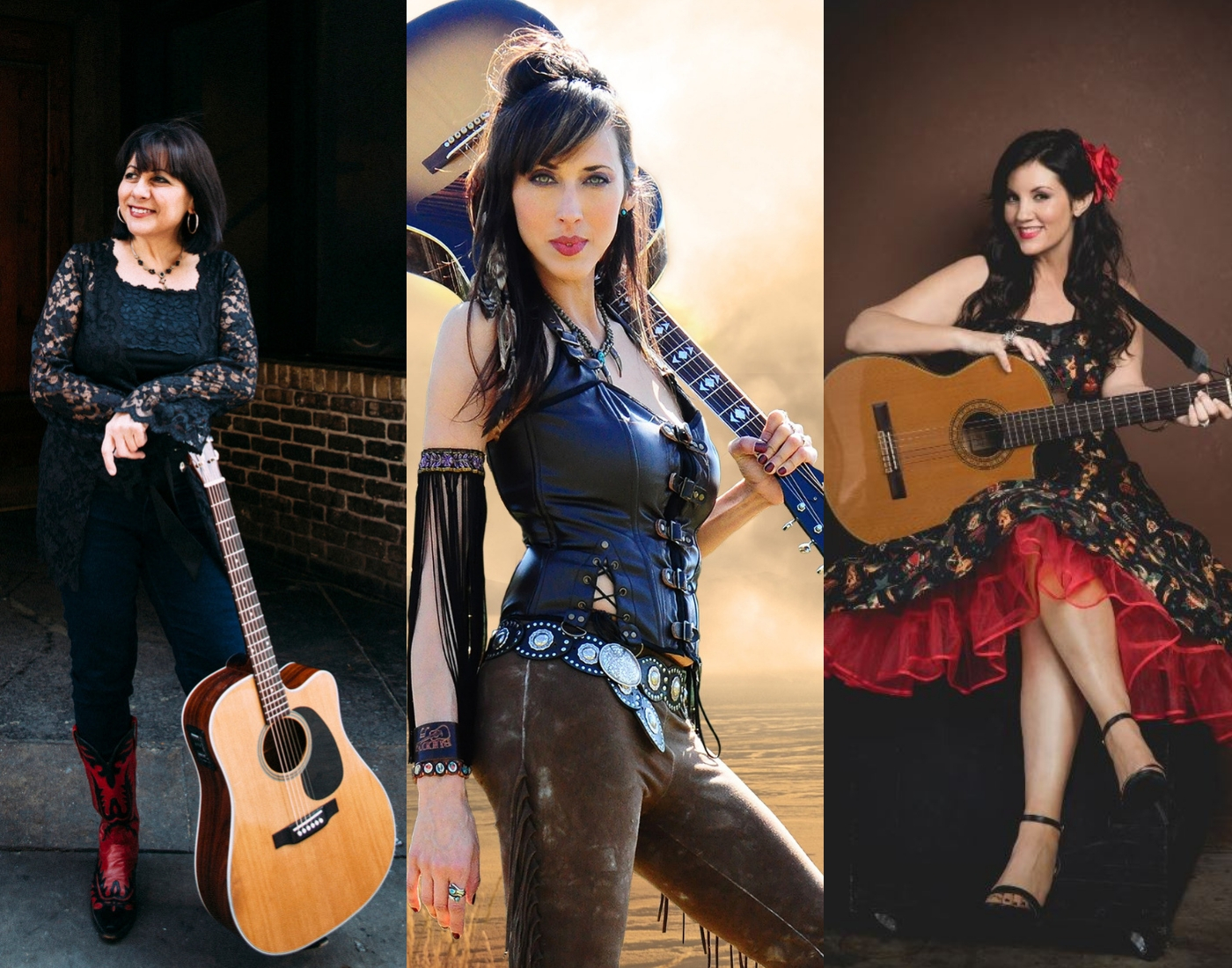 Three phenomenal singer-songwriters share the stage, singing with and supporting each other in music that uniquely blends their Hispanic heritages with American country, folk, and rock.

The opening set of this concert will feature finalists from the City of Lewisville’s “Be The Next” contest. More details to be released.

Tish Hinojosa is a singer-songwriter from Austin. Her blend of folk, country, Latino, and pop has an undeniable far-reaching appeal, garnering her accolades such as a White House concert at the invitation of President and Mrs. Clinton and teaming up with artists such as Joan Baez, Booker T. Jones, Flaco Jimenez, Pete Seeger, and Dwight Yoakam. She has recorded as an independent artist as well as for A&M, Warner Bros, and Rounder Records and has been a featured artist on Austin City Limits, A Prairie Home Companion, and other NPR programs. With 17s CDs to her name, Hinojosa’s distinct sound has gained her much critical acclaim. She has toured extensively throughout the U.S. and Europe and returns to the MCL Grand after her January 2014 Texas Tunes debut.

Patricia Vonne has proven herself a truly ascendant and transcendent musical artist. The San Antonio native singer, songwriter, actress, activist, and award-winning filmmaker has released her seventh studio album, Top of the Mountain. The album is hot on the heels of her recent win at the Madrid International Film Festival for Best Animation awards for “Huerta de San Vicente,” the music video and homage to Spanish poet Federico García Lorca. The song was featured on her critically acclaimed all-Spanish album Viva Bandolera that made Top 8 in The Huffington Post. Vonne continues her trailblazing ride along the borderland where Castillian & Mexican infusions of flamenco and fiery gypsy guitar meets all-American rock 'n' roll. Her song "Traeme Paz" was featured in her brother Robert Rodriguez’s film Once Upon a Time in Mexico, and she was voted Best Female Vocalist 2014 & 2015 at the Austin Music Awards.

Stephanie Urbina Jones was born in a bi-cultural home in San Antonio, where she grew up hearing sounds from both sides of the border. She learned early about the power of storytelling through song and created a Latin country rock style all her own. Drawing from her passion to honor her heritage through music, she became the first independent female to reach No. 1 on the Texas Music chart. Her latest album, 2018’s Tularosa, is an inspired marriage of country classics with mariachi rhythms, honoring both her personal musical icons — Loretta, Dolly, Patsy, Willie, Merle, Hank, Kris, Johnny, and June — and the Mexican heritage that feeds her sound. But these long-overdue arrangements also reveal something else: the connections between traditional country music and the Hispanic influences that pervade it. She is not only a proven songwriter and vocalist; she is a passionate performer with a presence and spirit that is infectious.